I nearly bailed on this day, a long week left me drained, forecast was for rain, I gotta give credit to Peter for getting me out – ever the optimist – and thanks again for driving so I could doze off buddy!!

It was an early start 4:20 roll to meet Peter at his place at 5 am. But it's Super Saturday and even if we didn't have a clear destination in mind there is no turning back now. In general we had the Bow Valley in mind; weather and snow dependent. Our destination finally chosen Mt Lawrence Grassi. An easy scramble and a cursory glance at the book, only one turn, gain the ridge, a little hands on at the end. Looking up we just see cloud, but it's not raining. Yet.

We got the right drainage which is marked by logs and cairns but we had it in our heads that we wanted the right ridge. We must have marched right by the turnoff on the left (cairns and flagging) but with a light rain falling and chattering on about who knows what we missed it. In any event the drainage compressed so we started up through the trees on the right. “There aught to be a trail, this a popular peak” says my foggy brain but we figured we'll just gain the ridge and find the trail for the descent. The climb was pleasant over moss and rocks thru fairly open trees so not a lot of bushwhack. Just what I needed, red-line the heart rate and sweat a bucket despite the cool temps. Had to stop and put on full rain gear finally as we negotiated some knee to hip deep residual snow. Some held our weight but some was isothermic.

Eventually we reached a ridge that dropped off dramatically on the other side. What the? Where's the summit block? We angle along the ridge gaining elevation until we reach a drop off in that direction too with a dim view thru the fog of a peak to the right. I pull out the GPS for the first time since the truck, “Oh for #*&$!*# we're SE of Grassi!”. Then I noticed a summit canister sticking out of a modest cairn and the book says “Emma's Peak”. It was now snowing hard and the book was already wet so I snapped a couple photos to hopefully read later but it doesn't show up well. Very limited visibility we called it the high point on the day and headed down for a lunch spot in the shelter of the trees. By the time we reached the trees again it had pretty much stopped and we had a laugh at our ineptitude at being so casual about the navigation but still called it a good day.

So the GPS logged some info that I later used to try and determine our location on the map. Grid reference 133560 elev 2520m and the peak in the cloud we could see must have been The Ship's Prow. Curiously the GPS showed our max elevation at 2637m but that doesn't seem possible so I'm not sure how that happened. Perhaps at some point in the future I'll get back into that general area and figure out where we were. Not that it really matters...
© Clayton Ditzler 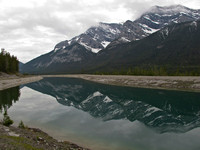 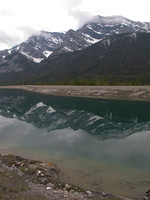 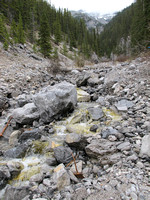 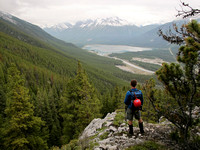 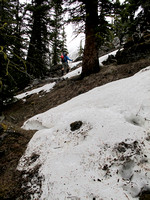 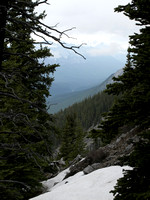 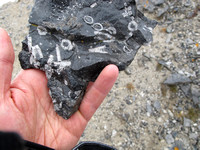 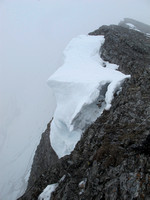 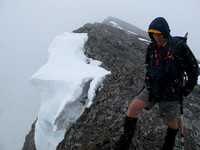 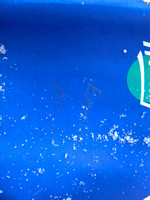 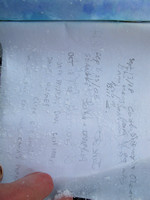 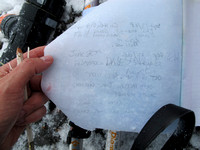 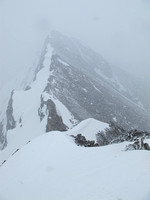 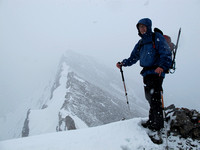 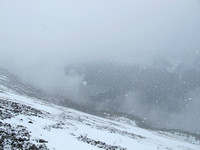 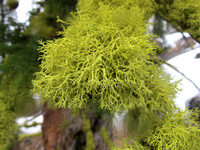 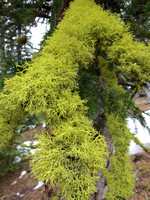 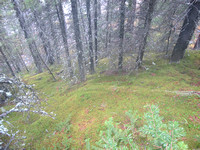 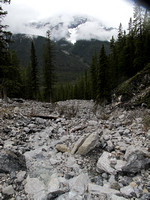 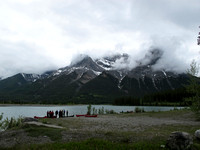