Every year we seem to have a day that rises above the rest to the status of epic. Either thru some monster stats, or an event. Today ranged into the epic category.

Second bike approach for my ‘new’ bike, David rented, and Peter used to race so this is old hat for him. The route started out as exploration or old logging roads that are now snowmobile trails in the winter and hike/bike/horse trails in summer. Also part of the GDT. The initial trail rolled along with some wet/boggy spots we had to skirt. Shoes soon wet. All major crossings were bridged to where we should have stopped biking. But we didn’t, lol. Sketchy log crossings and then a wrong turn onto the southerly portion of the GDT meant the bikes were mostly a liability beyond ‘the meadow’ but we persevered and eventually dropped bikes just short of James Lake.

Now booted up we ascended the good trail towards Fording Pass, past a spectacular waterfall, and up to the toe of Mt Bolton. We had missed the trail that would have looped us nicely to the north end and after some consideration of the blocky SE face (which I figured would be a tedious steep ascent) we skirted around the base of the mountain and ascended the north face. Still tedious and blocky, but not nearly as steep! Strong winds buffeted us at the top where we unfurled our Canada flags to celebrate a belated Canada Day! Sheltered from the wind off the edge of the summit we fueled again before carefully stepping down the blocky loose talus to the base of the mountain again.

Despite the rather late hour, around 5pm, we still explored to Fording pass and toward an overview of an unnamed lake on the BC side before picking up our ascent trail in the meadow and returning to the bikes. Large stunning alpine area at the pass that begs to be further explored someday. Very early into the bike my front tire side-slipped on the pine needle strewn trail and I went down rather suddenly but un-injured reminding me to be careful as we had a long way to go. On sweep, I saw David crest a rise and then just tires in the air and the sounds of him skidding into the ground. Right wrist and a helmet mark on his head were the obvious injuries and I assessed him for concussion, of which he showed no signs. We carefully made our way down to where Peter was waiting at the spot we intended to take another break.

As it happens, an old friend and fellow Scouter, Phil Porth and his partner were camped at that spot and we spent an enjoyable break catching up. He was backpacking for a few days into the area. David decided that he couldn’t manage the brakes on his bike so he walked / jogged it out to the cars. I went ahead a little at a time letting them catch up, frankly enjoying the slower pace and the enjoyable downhill sections. We arrived at the cars at 9:30pm and had a cold drink from my cooler before sending Peter and David on their way.

An epic day that didn’t leave me as sore as I thought it might. Catching up with David the next day learned a likely sprain in the wrist but more x-rays to come in a further assessment. Never good to have injuries but minor in the grand scheme of things.
© Clayton Ditzler 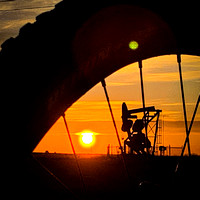 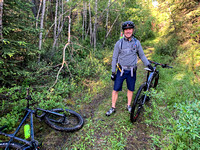 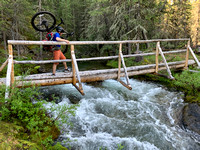 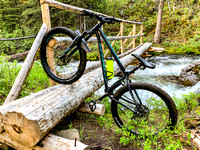 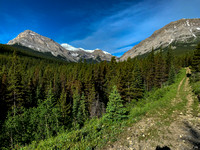 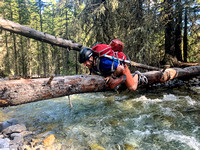 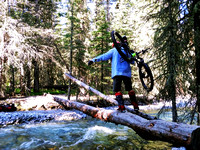 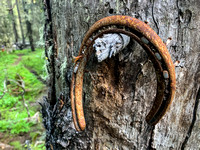 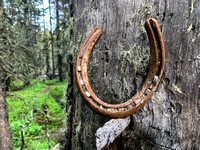 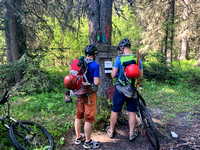 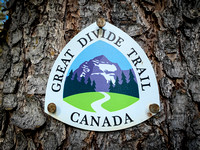 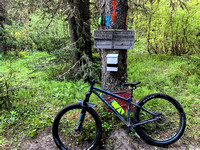 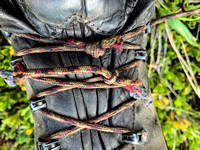 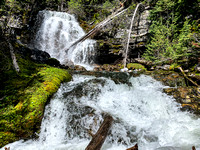