I have been to Talus lake before, on a backpacking trip with Eric’s school class. I think it was in May, there was a lot more snow. This was Peter’s idea for a bike approach and the maiden backcountry voyage for the Big Honzo. It performed well although my conditioning is still a little lacking so I had to push parts of some of the grades.

The bike portion is the Big Elbow trail, which is a driveable fire-road for K-country staff to maintain the campsites and fight fires. Its in very good shape with some cobble sections, big mud puddles, but lots of nice packed gravel too. The old blue bridge that got ruined in the 2013 flood has been rebuilt, which was good because the river flow was too high to ford. Right at the Romulus campsite we ditched the bikes and continued on foot. Good trail most of the way with eventually some snow and talus. Both lakes had some ice on them yet. A satisfying for shortish lunch break at the second lake had us heading back with a few spits of rain but otherwise had fantastic weather. All in I survived very well and we hope to tackle a few more bike-hikes before the season is over. 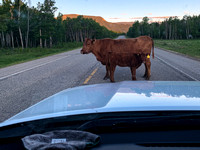 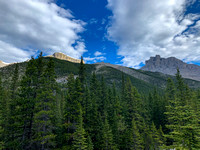 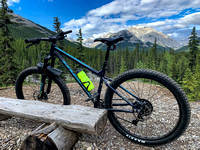 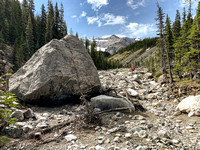 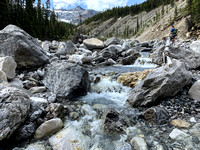 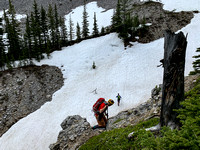 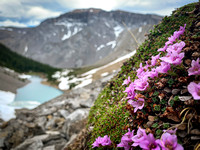 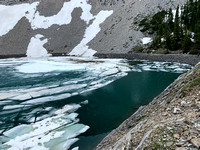 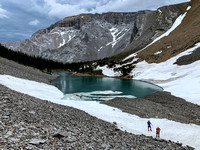 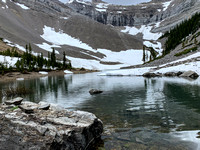 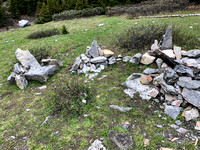 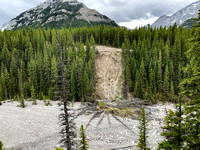 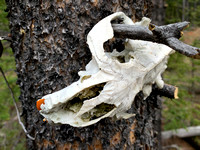